How to Trick Yourself into Doing Something 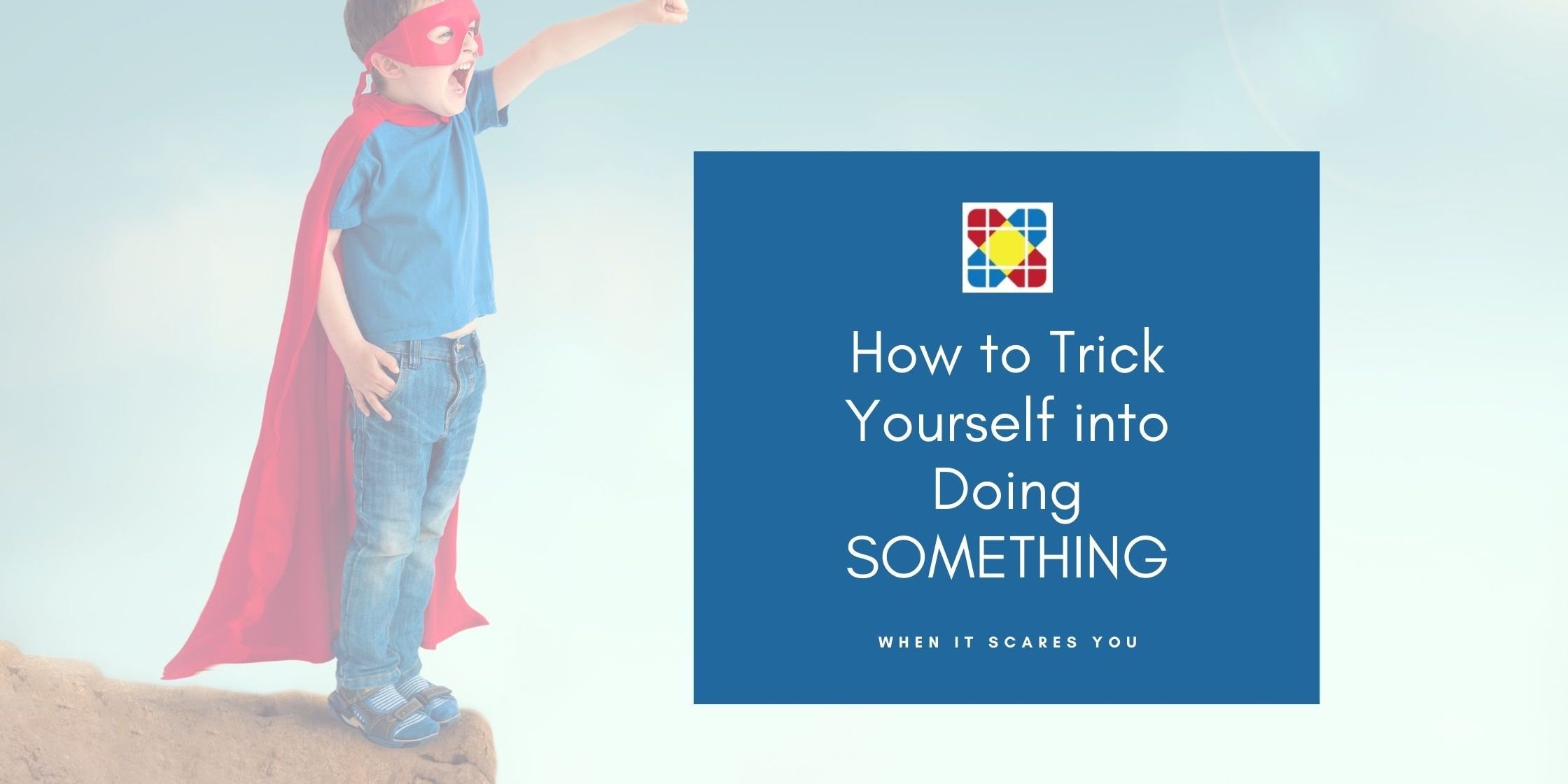 There are 100 reasons to stay under the covers today.
It’s gray outside (at least in Chicago). There’s a pandemic. Aggressive political rhetoric spews everywhere. Horrid world events. How can anything you do make a difference?

That’s just the time to act.

I was thinking about this as I planned for the November 4 edition of Intercultural Spark, my weekly Wednesday show on Facebook and YouTube Live. It will be the day after the election. Who knows what to expect? Will there be anarchy?
Easier just to go radio silent. Good plan, I convinced myself. Until that other voice in my head cajoled, “what are you, chicken?”
“I’m not a-scared” I responded! And came up with a plan to trick myself into doing something. Will it change the world? That’s not the right question. For sure, positive action has a better chance of launching something momentous, touching at lease one person, than staying in bed does. So here is…

Decide that you can’t not do anything. What scares you dares you. Choose that doing nothing is not an option.

Find someone who makes you feel brave, at least with whom you will laugh and have fun. For me that meant inviting a co-host to my post-election day show, Wendy Swart Grossman. Wendy’s a long-time friend, co-founder of Creative reFrame, who also has remarkable experience as a grass roots political organizer and working in official capacities on presidential campaigns.

Remember It’s Not About You. What’s the Big Idea?

What’s the underlying big picture issue that paralyzes you? Right now, for me, the underlying issues are hope and faith in democracy. I think November 4 will be a mess of a news day–people shouting it’s fake and a fraud and who’s been wronged—while we wait for mail-in votes to get sorted.
Absolutely I can’t fix that. But I can offer a conversation with guests who are all about the process of democracy.
Dr. Stephen Caliendo, Dean of the College of Arts and Sciences and professor of political science at North Central College, and is co-founder of the Project on Race in Political Communications—how did the media influence how people felt about the election? Uzochi Nwoko is a pre-med graduate of Harvard University and Associate Director at the Union of Minority Neighborhoods. Veronica Serrato is Director of Project Citizenship. Both work hard year-round to help people have a voice in the political process.
Heck, I’m even going to be a Poll Worker in Chicago to make sure people can vote.

Trayvon Martin, the NRA, and other Bar Mitzvah Placecard Setting Ideas
September 26, 2013
Beyond Liking on Facebook: Taking Action for Social Change and The Montessori School of Englewood
August 20, 2012
Do You Need to Be a Victim of Racism to Be Anti-Racist?
February 22, 2011