Hope for Democracy or Lack Thereof: A 2020 Election Panel 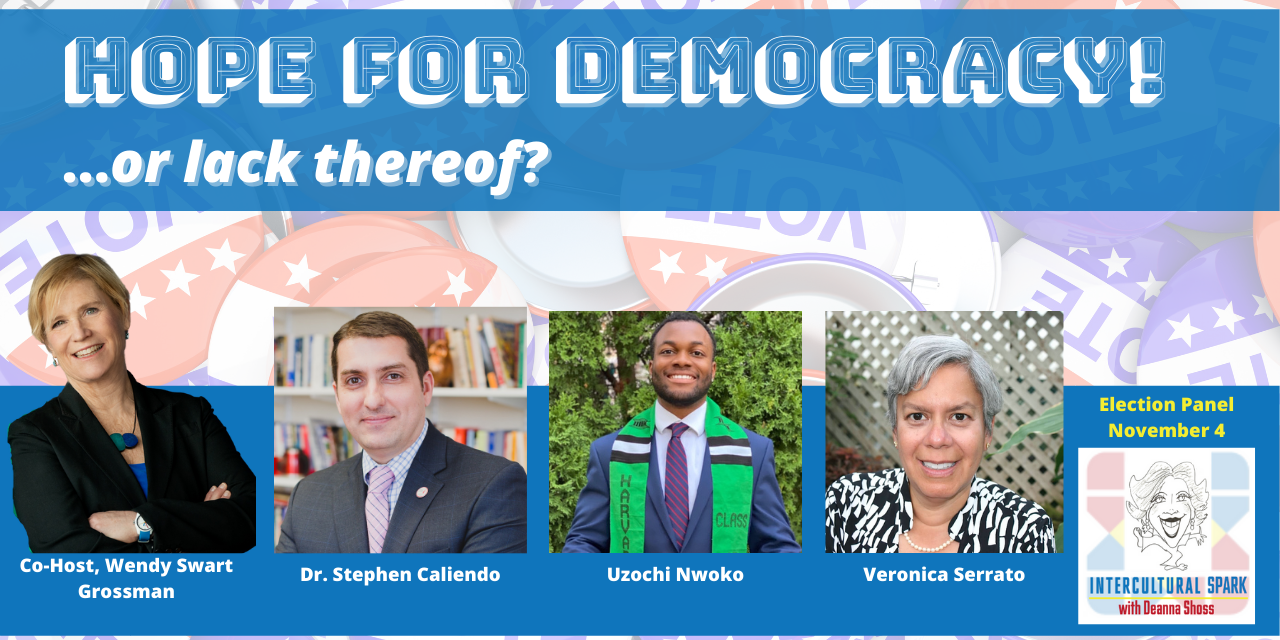 Throughout this election, finding hope and keeping our faith in democracy has been challenged. November 4 was a mess of a news day–people shouting it’s fake and a fraud and who’s been wronged. Would we know the outcome of the election by the end of the day, or will we wait for weeks for mail-in votes to get sorted?

In the midst of the morass, what can you do?

Focus on What You CAN to, not what you CAN’T Do

How about a conversation all about the process of democracy, in a special Intercultural Spark Hope for Democracy Panel, with co-host Wendy Swart Grossman. Wendy is the co-founder of Creative Re/Frame and has remarkable experience as a grass roots political organizer and working in official capacities on presidential campaigns.

Joining the conversation is Dr. Stephen Caliendo, Dean of the College of Arts and Sciences and professor of political science at North Central College, on political psychology and communications. There’s also Uzochi Nwoko, a 2020 pre-med graduate of Harvard University and Associate Director at the Union of Minority Neighborhoods. Veronica Serrato is founding Executive Director of Project Citizenship. Both Uzochi and Veronica work hard year-round to help people have a voice in the political process.