How to Enter Your Grandchild’s World with Jerry Witkovsky 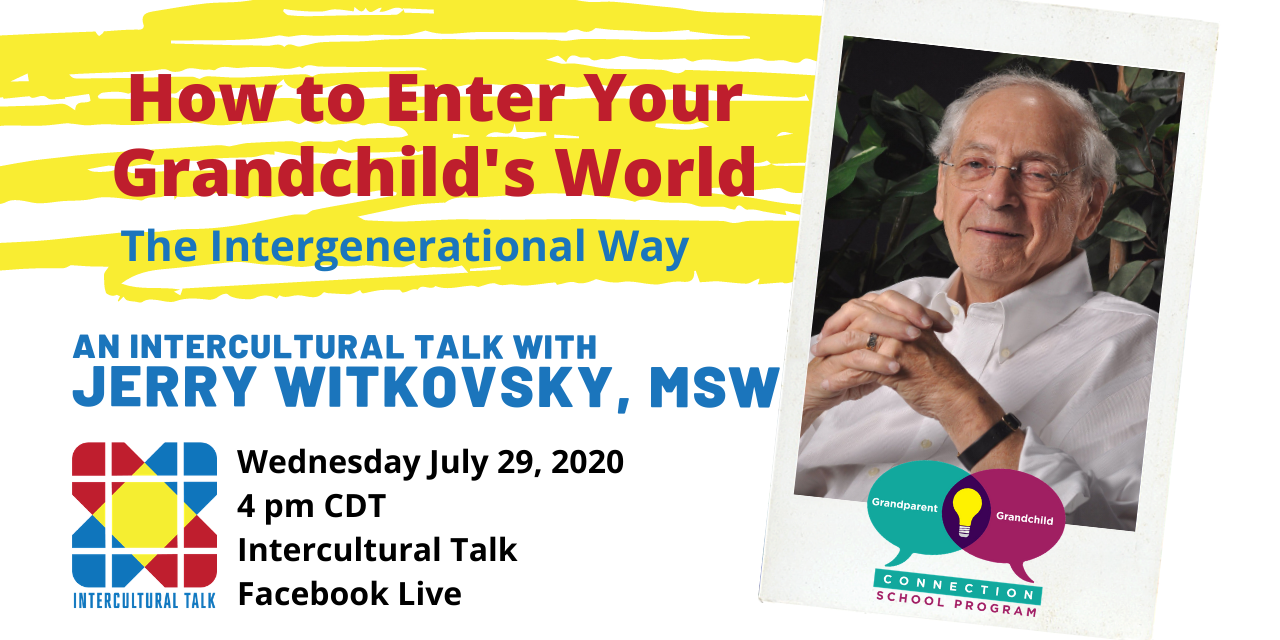 Grandparenting is easy when the kids are young. Ice cream, a trip to the train museum, it was so easy to win their adoration. And then they become teenagers. Suddenly a one word grunt is the answer to everything. The intercultural approach looks at how to enter each others world. It’s about how to meet your teenage grandchild where they are and to reap the amazing things you both will learn as you connect more deeply.

JERRY WITKOVSKY (MSW, University of Illinois) is a beloved mentor to thousands of individuals and generations of families, thanks to 47 years of professional leadership, eighteen of them as General Director of the Jewish Community Centers of Chicago.  In 1995 he was named one of the city’s “Most Effective Non-Profit CEOs” by Crain’s Chicago Business Magazine.  Since his 1997 retirement, Jerry has focused his considerable energies on grandparenting facilitation—helping multigenerational families work (and play) together to create a rich family life. He has taken what he learned from spearheading a growing number of school-based programs designed to strengthen connections between grandparents and their teenagers and strengthen school communities, and turned it into an online curriculum, called The Grandparent-Grandchild Connection School Program. He writes the Legacy Column for Grand Magazine, the publication for grandparents. Learn more at grandparentsunleashed.com