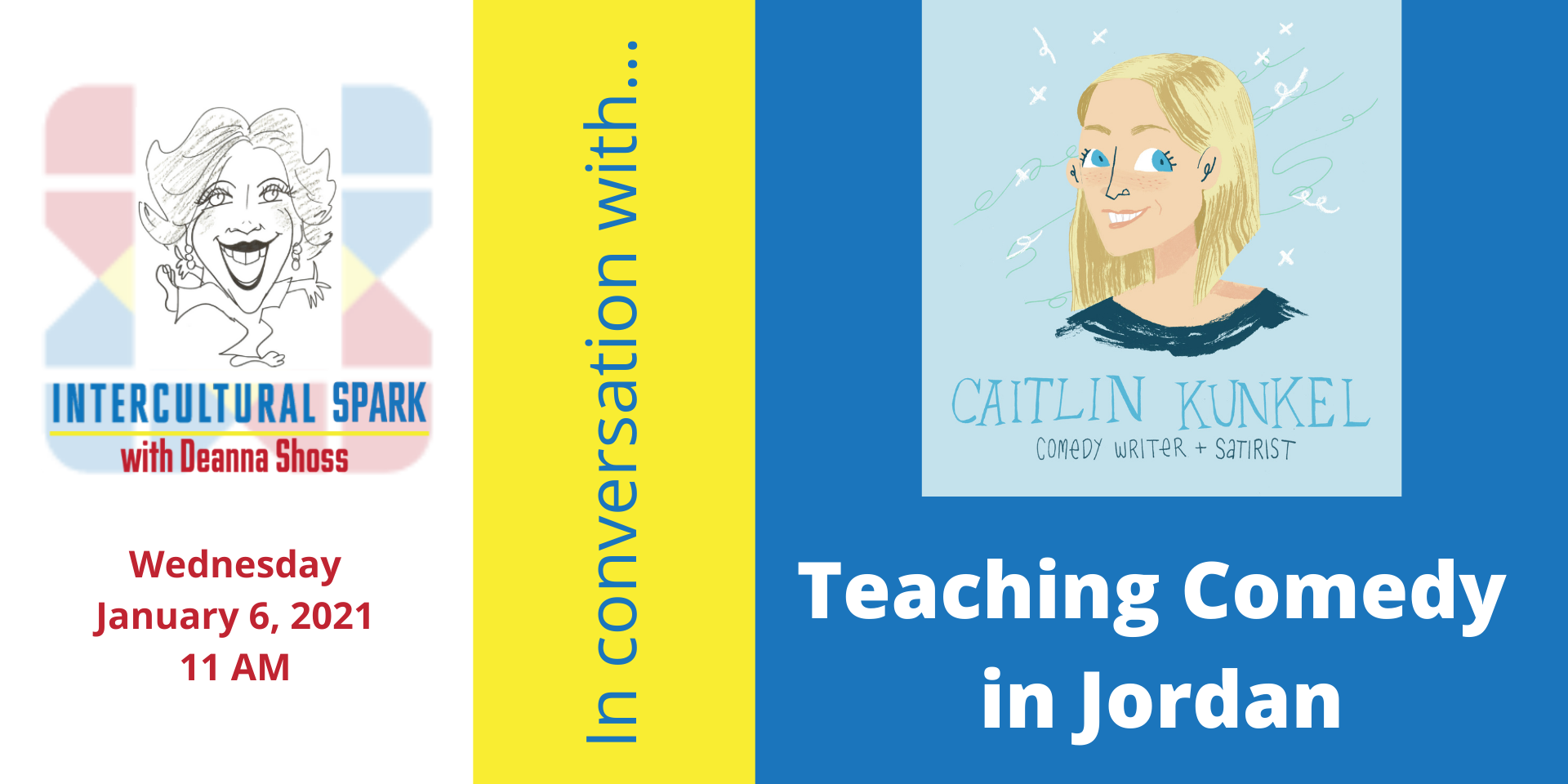 Caitlin Kunkel is a comedy writer, satirist and self-proclaimed, highly acclaimed pizza scientist. Here she talks about adapting the curriculum she wrote for The Second City in Chicago to teach in Amman Jordan. It happened when wo comedians from Jordan got a grant from the Konrad Adenauer Foundation to up their game.

Caitlin’s work has been featured in The New York Times, The New Yorker, McSweeney’s Internet Tendency, and other places on the vast internetz. Furthermore, she’s the co-founder of the comedy and satire site The Belladonna. On top of that, she created the online satire writing program for The Second City and teaches workshops and speaks across the US and internationally. In 2019 Caitlin co-created The Satire and Humor Festival.

Her first co-written book, NEW EROTICA FOR FEMINISTS, was published by Penguin Random House in the US and by Sceptre in the UK in 2018 and named one of the 10 best comedy books of the year by Vulture (NY Mag).