Storytelling with a Contrarian, Jerald Harkness 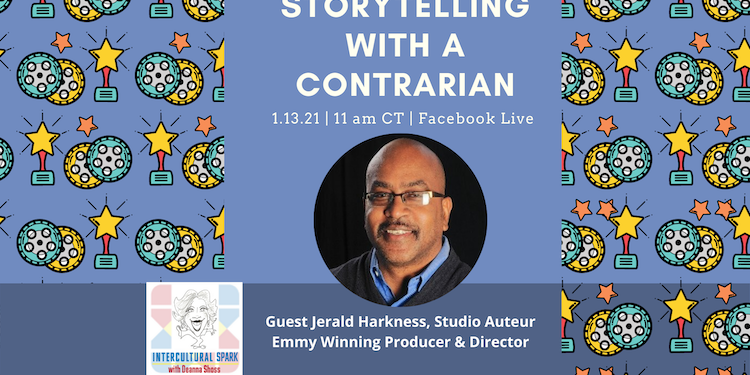 With all of the strife in the US, everyone is talking about how to see a story through different lenses. Listen in as Emmy winning film producer and director Jerald Harkness talks about the power of storytelling through the lens of the underdog.

Who is Jerald Harkness?

Studio Auteur is a content creation company specializing in documentaries.  CEO Jerald Harkness has over 25 years of documentary production experience. Harkness has produced and directed for Paramount TV, UMC, ESPN, VH1, A&E, PBS and the NCAA. Notable awards include a national Emmy, Best Documentary for the International Academy of Web TV, a Webby nomination and various Festival selections and awards.

Harkness has been the producer of a number of independent and broadcast documentaries. He earned a national Emmy for his work on ESPN’s SportsCentury series. His first documentary “Steppin’” in 1992 won the National Educational Gold Apple Award, making it eligible for an Academy Award nomination. Steppin’ also won the 1994 Pan African People’s Choice Award. His second documentary “Facing the Façade” won the Indiana Film Festival’s Best Documentary and People’s Choice award. Jerald produced “The Game of Change” which was selected for the 2008 Heartland Film Festival.

Watch the Replay of the Jerald Harkness Interview Now