Comedy as Your Super Power 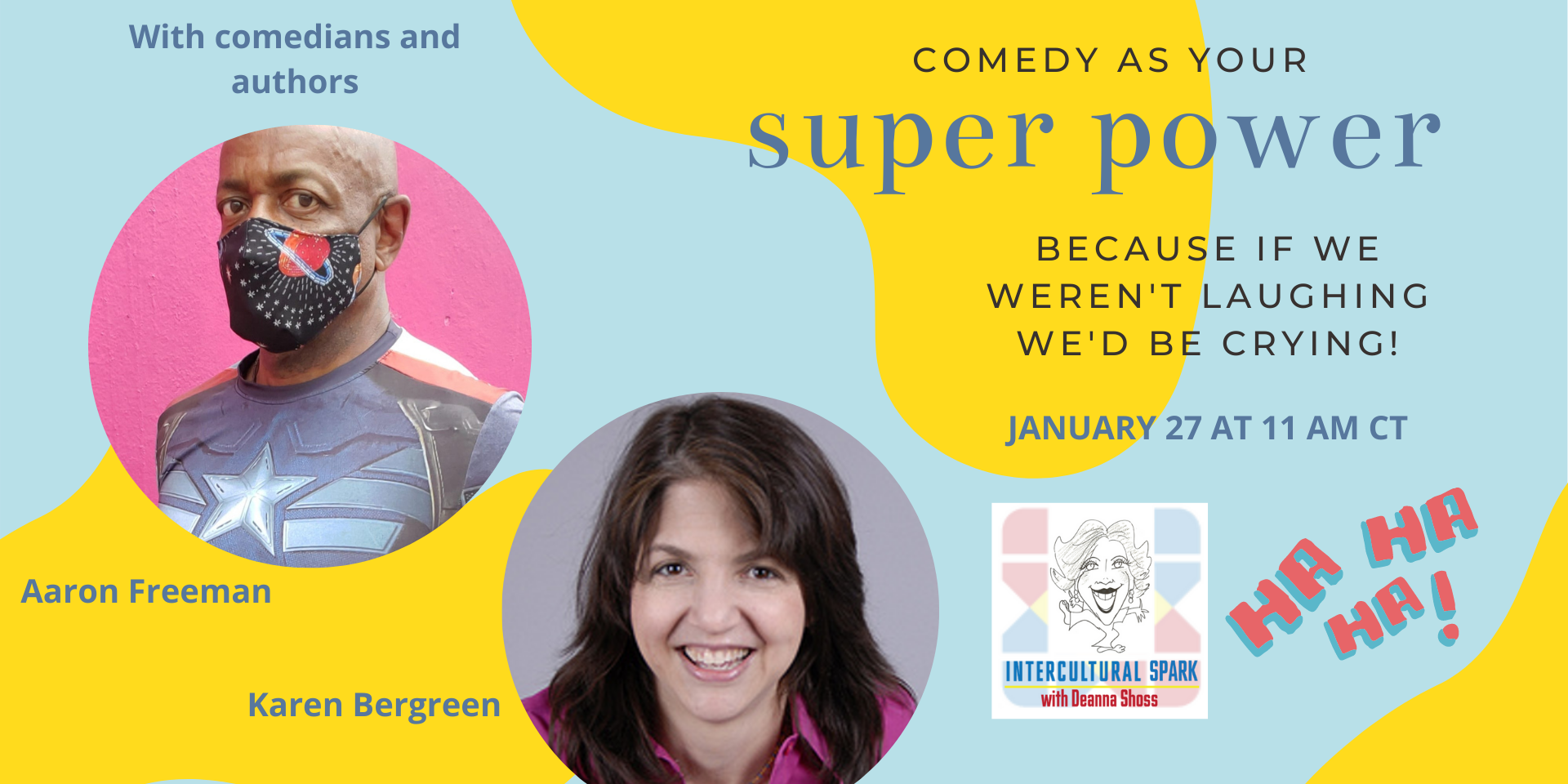 Because if we weren’t laughing, we’d be crying!

Deanna and co-host Wendy Swart Grossman talk about how important humor is to make sense of the world! Comedians, authors, and teachers Aaron Freeman and Karen Bergreen join Intercultural Spark to share their stories and how that funny bone permeates everything (think Science and Law!).

Performer and writer Aaron Freeman has been a fixture of Chicago arts and entertainment ever since he created his satirical Council Wars stage show in the early 1980s. He has developed and starred in other one-man shows, including the acclaimed Do the White Thing, written commentaries for National Public Radio and the Public Broadcasting System, and released several comedy CDs. Freeman’s comedy is based on astute observation and insatiable curiosity rather than on outrageous transgression, and his curiosity has led him into explorations of new religious realms (he is a convert from Catholicism to Judaism) and into a lifelong love affair with science and technology, which he has taught to children. As his career has developed, his activities have become more and more diverse.

Karen Bergreen is a comedian, actor, and author who has performed all over the country (and sometimes in other countries, if you count Canada). Before Karen can be seen at just about every club in New York and is a regular at Gotham, The Comic Strip and Broadway Comedy Club. Karen has been on Comedy Central, The Oxygen Network, Court TV, and USA networks. Now you can see her monthly variety show The Ruthless Comedy Hour, featuring sketches and amazing guests.

She’s been on VH1, Court TV and USA networks. She has performed live on ABC’s The View, on Nick Moms, Stand-Up in Stillettos and LIVE at Gotham. Some of my more memorable stage experiences have been at The Friars’ Club, the Kennedy Center and the HBO Comedy Festival in Aspen—twice.