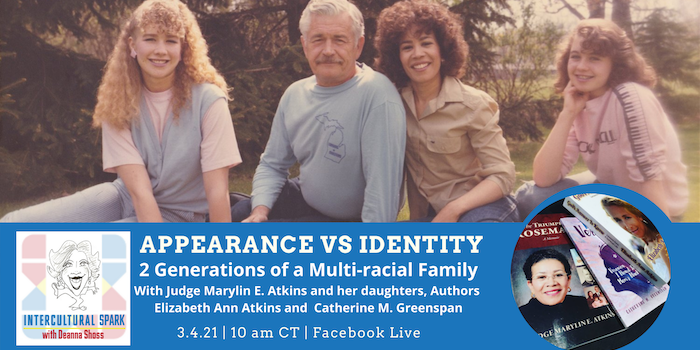 Well before Loving, Judge Marylin Atkins, who is multi-racial and raised by African American parents, married a White Roman Catholic priest. They had two daughters, Elizabeth Ann Atkins and Catherine Marie Atkins Greenspan. Both look white and identify as multi-racial and Black.
Mother and daughters joined Intercultural Spark to talk about what it means to defy society’s desire to confine them with labels. They also talked about their books–an autobiography for Marylin, young adult fiction with a multi-racial protagonist for Catherine. Elizabeth’s books include fiction and works on spirituality and women’s empowerment for Elizabeth.