It Takes a Person 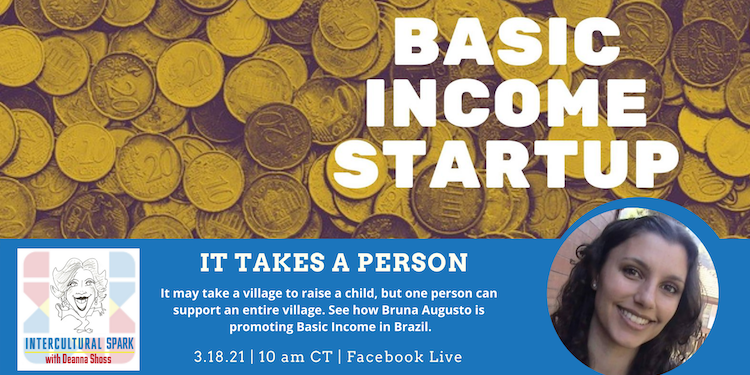 It may take a village to raise a child, but one person can support an entire village. Bruna Augusto is the President and founder of ReCivitas Institute, Institute for the Revitalization of Citizenship. She’s the coordinator of the Basic Income Startup Project at Quatinga Velho, Brazil. This  is a success story case study for how basic income can work. She’s a trained biologist and I love that she includes that she’s an activist and mother in her bio.

Bruna and I met in the early stages of her work to make Basic Income a reality in Brazil, through Partners of the Americas. Now she and her husband Marcus have spoken at conferences and congresses around the globe, from Brazil to France and Portugal to Germany, Oxford and Japan. And they have two TEDx talks.

It rained overnight in Brazil, so just moments before the show, Bruna realized she couldn’t have access to the camera and mic on her computer. Always resourceful, she realized that we could communicate through the private chat function on Streamyard, the platform for the show.

Watch the Replay on Basic Income