The Business Ideas You Pull from Uranus 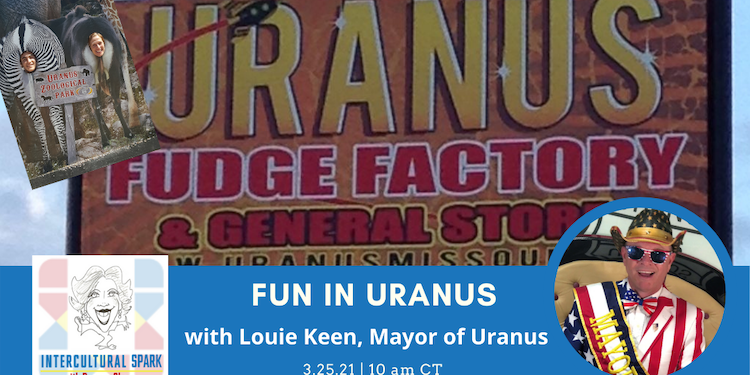 Louie Keen, self-appointed Mayor of Uranus joins Deanna on this episode of Intercultural Spark to share how he took a small town in Missouri and turned it into a fun tourist destination along Route 66. Creating something from nothing and bringing joy (who doesn’t love a little bathroom humor?) to the public. It’s amazing the creative business ideas you can pick from Uranus!

And, a side note of self-reflection as an interviewer, there is SO MUCH Wrong with the story about the Big Black Rooster, but I brought it on myself literally by asking for controversy (aka “you have such great fun together, what do you each do that makes the other mad?”) Once I was in deep, wish I would have at least asked where to find a picture to clarify what we are talking about. So here it is: Viewer warning….

How to Build a Global, Cross-cultural Consultancy
July 15, 2022