Is Your Cursing Making You Look Old? 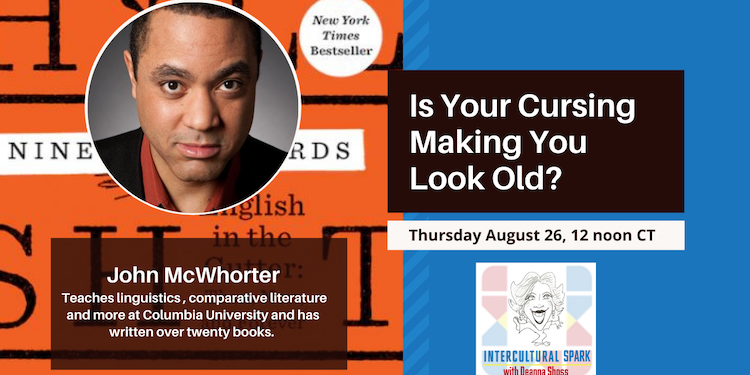 If you are still saying “golly gee willikers,” it may be time for an update!

John McWhorter, Columbia University professor of linguistics, NY Times columnist and 20-time author joins the show to talk about historic and cultural influences on language and how language ebbs, flows and evolves over time. We’ll start with his newest book, 9 Nasty Words: English in the Gutter – English in the Gutter: Then, Now, and Forever.

Note to mom: Sorry! There will be profanity.

John H McWhorter is an associate professor of English and comparative literature at Columbia University. He earned his B.A. from Rutgers, his M.A. from New York University, and his Ph.D. in linguistics from Stanford. Professor McWhorter has taught the American Studies seminar “Language in America,” a study of American linguistic history that considered Native American languages, immigrant languages, creole languages, and Black English — their development, interactions, and preservation. He has also taught the seminar “Language Contact,” which focused specifically on the mixture of language in North America, and studied the development of creoles, pidgins, koines, “vehicular” languages, and nonstandard dialects. The seminar considered perceived legitimacy of languages, and the standing of language mixtures in media and education.

Professor McWhorter is an author of more than a dozen books including The Power of Babel: A Natural History of Language, Losing the Race: Self Sabotage in Black America and Our Magnificent Bastard Tongue: The Untold History of English. In 2016 he published Words on the Move: Why English Won’t – and Can’t – Sit Still (Like, Literally). He also regularly contributes to newspapers and magazines including The New Republic and The Atlantic. Students might be particularly interested in his article on how immigrants change languages in The Atlantic and an essay on policing the “N-word” in Time.