When It Doesn’t Exist…Create It! 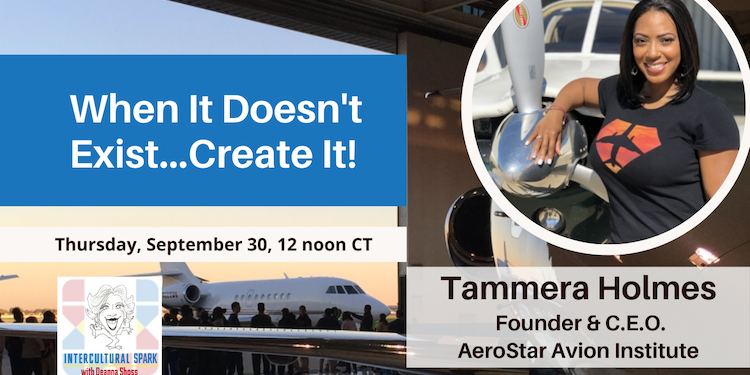 “I give kids everything I wished I’d had to pursue my passion,” says pilot and internationally renowned leader Tammera Holmes, founder and CEO of the AeroStar Avion Institute.

Or the other way she says it… “I get kids high!” Holmes combines her passion for aviation with business savvy and corporate partners for a solid pipeline from a first taste of flying to a career in aviation. And WOW, how she gets things done!

Tammera L. Holmes is a strong advocate for youth in science, technology, engineering, and mathematics (STEM). With an Aviation Management degree from Southern Illinois University, she has cemented an impressive curriculum vitae in Aviation; both in the professional and academic arenas.

In 2008, Holmes launched AeroStar Consulting Corporation to begin opening doors for youth in a career field that for most is still very foreign. Her focus is to get more African Americans, females and other undeserved and underrepresented populations interested in Aviation STEM careers. Growing up in a crime-ridden west suburb of Chicago (Maywood, IL), Tammera understands the impact the current climate in Chicago has on young peoples’ ability to expect greatness beyond what they see. In 2016, She established the AeroStar Avion Institute NFP to promote philanthropy in Aviation and Aerospace education. Her AeroStars programs are literally giving “Wings to Dreams.” 2017 has been a huge year for AeroStar. Tammera was named a National Afterschool Ambassador with the Afterschool Alliance based in Washington, D.C. She has been featured on ABC, FOX, PBS, and in Forbes.

She’s graced the TED stage at TEDxIIT, receiving a standing ovation with her riveting presentation, “Get Kids High” where she shares how aviation saved her life, and how her experience led her to inspire others. She was inducted in the Illinois Aviation Hall of Fame receiving the “Spirit of Flight” award for her work. She’s also received The Bessie Coleman Aviation Award from the Chicago Defender Charities as well as congressional recognition as an outstanding community partner from Representative Danny Davis.

Learn more about AeroStar Avion Institute on their website.