Why Doesn’t that Exist? How a Panic Attack Drove a High-Tech Invention 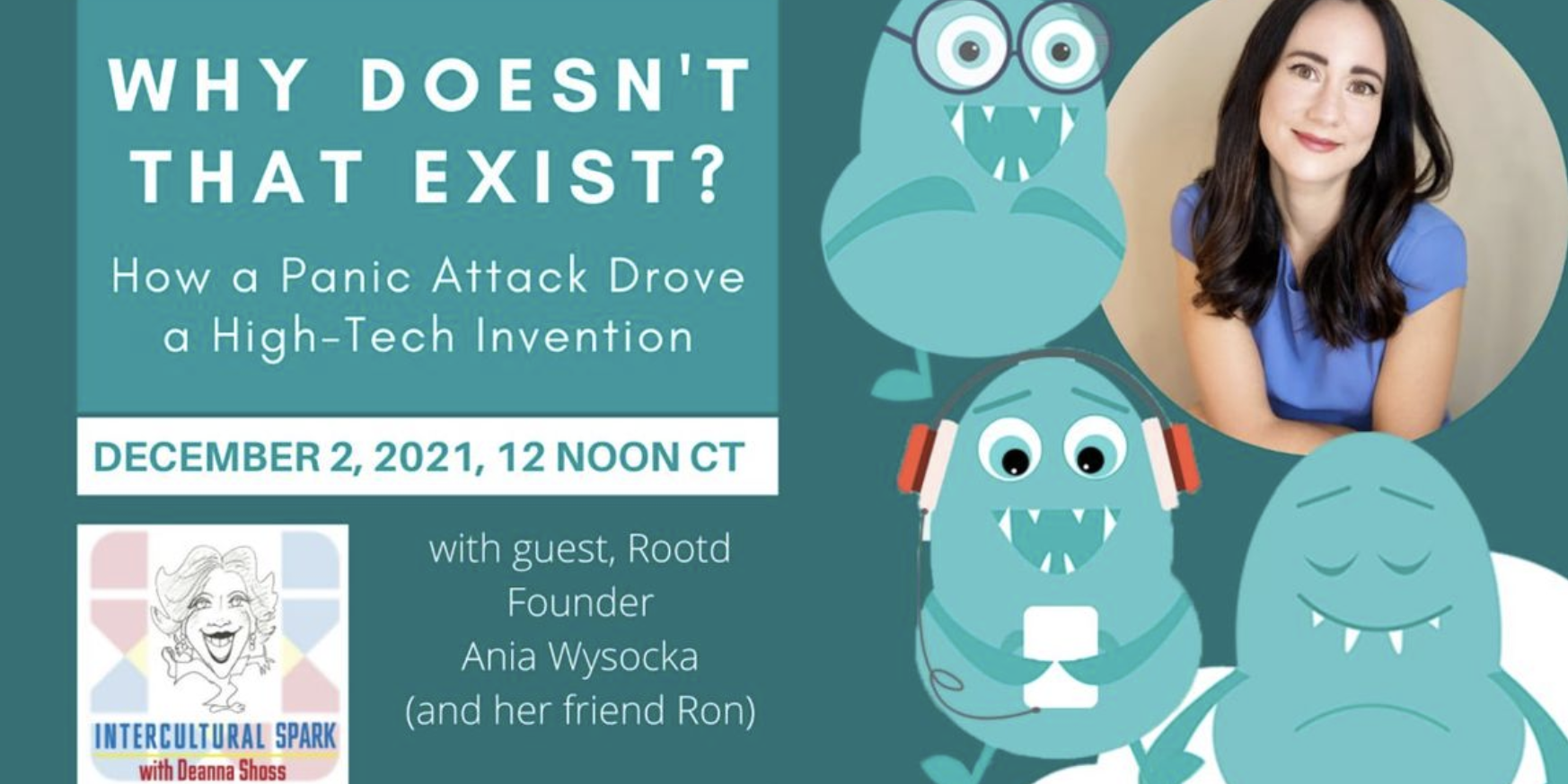 As a senior in college, rootd.io app creator Ania Wysocka found herself alone, far from family, and having a panic attack. “It’s not right that I can’t find help right when I need it,” she thought. One million downloads of her panic attack & anxiety relief app later, it turns out she wasn’t alone. Between that anxious wake-up moment and her current high-tech success, lies a story of an entrepreneur who was rebuffed for age and gender. And who, nevertheless, persisted.

Rootd’s founder Ania Wysocka was in the final year of her International Relations degree, with a dream of working for the UN, when she started having panic attacks seemingly out-of-nowhere.

Her first instinct was to reach for her phone to find a resource that could help her understand or process what was happening, but there were no such apps available at the time, and other resources were less accessible, or too expensive. She was far from home, living on students loans, and didn’t have a family doctor. Ania felt lost, uncertain, and alone.

In an effort to better understand what she was experiencing, Ania started doing her own voracious research and sought help through counselling and other in-depth conversations with mental health professionals.

During University Ania’s side hobby of graphic design and web development had gradually grown into something more, and she later started her first post-grad job with a digital agency. But the desire to create a digital tool that could help herself and others lingered, and a couple of years after her first panic attack, she started sketching the first wireframes for Rootd.