From Army Man to Ad Man with Bill Shoss 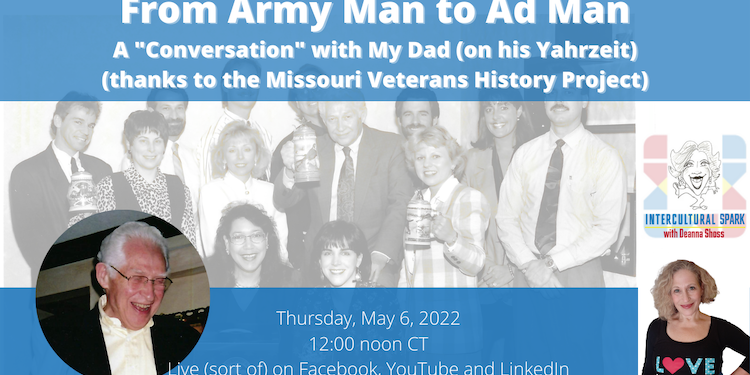 Thanks to the Missouri Veterans History Project, I’m going to share first-hand stories from my dad, in honor of his Yahrzeit (the anniversary of his passing.) He’ll share how he almost died from pneumonia in the Korean War, pitching for the Army’s baseball team other war stories, his decades-long advertising career, selling to Verner Von Braun and more.

It’s a combo of live commentary (that’s from your host, Deanna Shoss) and recorded stories, plus “show and tell” of some of his creative, award-winning direct mail campaigns and more.

Watch the full one-hour interview on the Library of Congress: https://memory.loc.gov/diglib/vhp/bib/loc.natlib.afc2001001.84343

The Future of Drone Delivery is Now
April 1, 2022
Search this Site
Categories
Go to Top