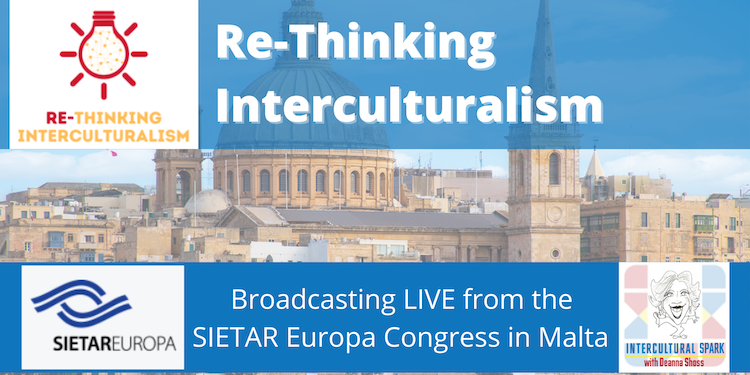 SIETAR is the Society of Intercultural Educators, Trainers, and Researchers and this year’s conference is in Malta! Broadcasting Live from the conference. This year’s theme asks: “Does interculturalism need to be replaced, reformed, or reshaped to match the challenges (deterioration of the environment, rising racism, and rise of global populism) this world faces?

I’ll be joined by conference attendees including co-presenter Elmer Dixon of Executive Diversity Services and George Simons, creator of diversophy®.

More about the SIETAR Europa Conference

The intercultural field was born out of the 50s and 60s of the previous century. It was a different time. Large parts of the global south were still colonised or on the verge of becoming independent; working globally was the privilege of a tiny minority of multinational companies headquartered in western Europe and North America; the iron curtain between the USSR and the West was considered inevitable and forever impenetrable; the oppression of women, people of colour and the LGBTQ community was rarely questioned by the un-discriminated.

Much has changed. Lots for the better, some for the worse. The deterioration of our natural environment threatens the well-being of people and peace on earth. Deep and old racist, class- based structures cause violence that dominate the headlines almost daily. Far-right populism is on the rise globally, as fundamental freedoms are declining even in places that were thought to be resilient democracies, in Europe and beyond.

The global pandemic has amplified and clarified many of these systemic issues that were more easily ignored before; it has shown the incredible potential of what humans can achieve, when they work together across and beyond boundaries – it has also shown how we fail when we don’t.

Faced with these awesome challenges, the the question arises whether interculturalism has failed? Has it fulfilled its promise? Has it even promised the right things? Or, to put it bluntly, does interculturalism need to be replaced, reformed or reshaped to match the challenges this world faces?