An Artist’s Lens on Business and Life 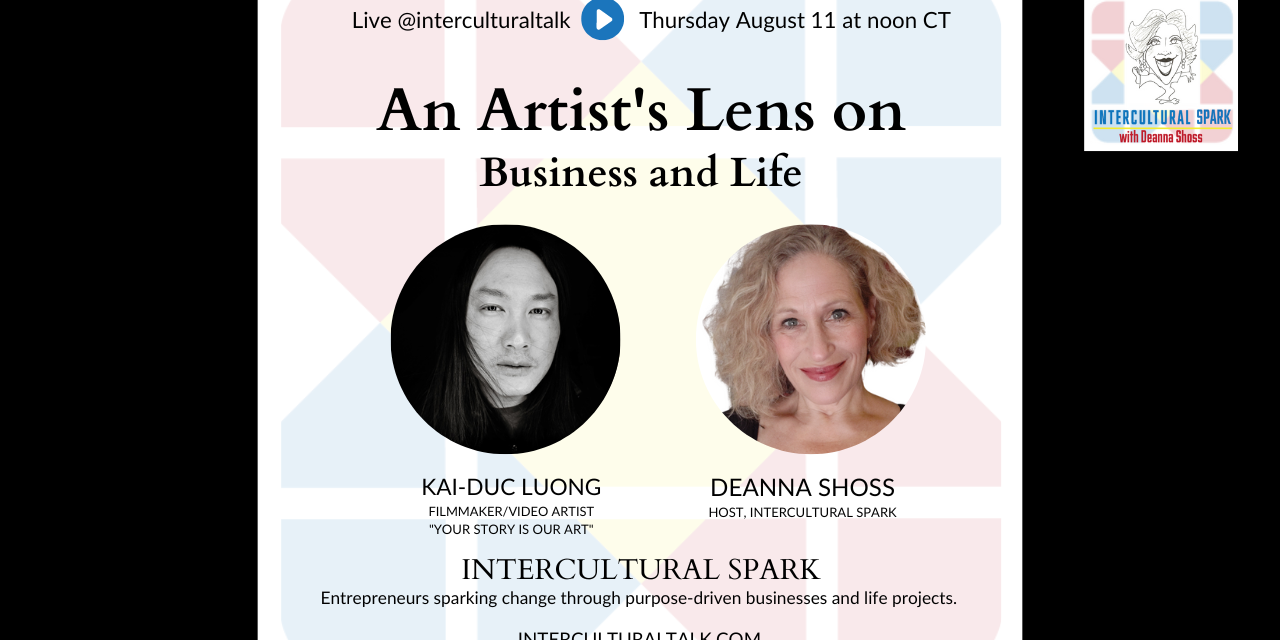 Kai-Duc Luong has had an incredible journey from beginning with leaving Cambodia as a child as refugees to now showcasing his art internationally at film festivals, museums, and galleries. This week we will discuss a new outlook on business from the perspective of an amazing artist.

Luong currently operates as an award-winning film-maker and videographer. He is currently working on a new project inspired by Dante’s Divine Inferno, an opera film production set to complete by the end of 2022.


Tune in live on Thursday, August 11 at noon CT!

Born in 1975 in Phnom-Penh, Kai-Duc Luong fled the oppressive Khmer Rouge regime from Cambodia to Vietnam to France, where his family settled in Paris, in 1978. KAI-DUC operates between Chicago, Tampa / Orlando and Paris.

His artistic projects include video, photography, and mixed media installations. His unconventional path as a self-taught outsider artist, trained in digital communication & systems engineering, gives him a unique perspective, at times questioning subject matters through the understanding of transmission and systems (e.g. the primary emotions, the five senses, the stages of grief, the art industry). His works have been showcased at international film festivals, museums and galleries across the world.

KAI-DUC also operates as a successful award-winning filmmaker – videographer – photographer working on video and film production projects as various as corporate, commercial, editorial, documentary, event and wedding, and live streaming video. He is also a board member of the non-for-profit Arts & Cultural Exchange organization Pasfarda and was member of the Chicago International Film Festival Education Advisory Committee between 2018 and 2022.

KAI-DUC is currently working on his second feature film inspired by Dante’s Divine Comedy (Inferno, Purgatory, Paradise) which will be an opera film featuring French actor Denis Lavant (The Lovers on the Bridge, Beau Travail, Holy Motors) and musical performances by the medieval ensemble La Camera Delle Lacrime. This movie will be completed by end of 2022 and will include original texts from Dante’s book as well as animation, aerial shots and video-art.